Whether you’re a homeowner or property manager, the well being of your family and tenants is paramount. Our trusted and experienced team of Mound Removal remediation experts can assist in protecting you property from persistent and detrimental mould infection and associated odour. 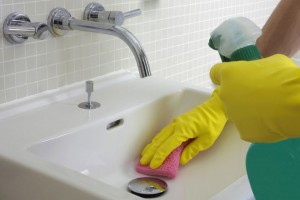 If you suspect a mould problem but can’t see or smell mould, call a professional with experience in mould remediation like Sewage Cleaning Australia

Allergies are one of the most common and often the first signs of mould presence in your environment. If your allergies worsen when you’re home or at work but lessen when you’re away from home or work, mould may be present in one of those environments. Most often, allergic reactions to mould involve the respiratory system and skin; sneezing, coughing, sore eyes, runny or itchy nose, nasal congestion, sinus congestion, and skin rash. All of these annoyances can be signs of mould presence.

Other Signs of Mould

If you suspect a mould problem, start by looking for signs of mould in your home or office:

Be aware that not all mould is detectable. You may have a mould problem yet have none of these signs of mould. Mould can grow in hidden places, like the backside of dry wall, wallpaper, panelling, and ceiling tiles, where you can’t see it. It can also grow inside ductwork, in roof materials, and on walls behind furniture. When you can see mould, you may not recognise it as mould. Mould also does not always have an odour. If you suspect a mould problem but can’t see or smell mould, call a professional with experience in mould remediation like Sewage Cleaning Australia.