Home/The Difference Between Mould and Mildew
Previous Next

Mould and mildew are both types of fungi that are commonly found in the home. They thrive in moist environments, spread easily, and live on various surfaces, which makes them very difficult to get rid of. If left unattended, however, the harmful microorganisms can quickly affect large areas of your property and may even result in health problems and structural damage. 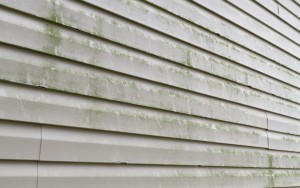 Primarily, mildew is a plant disease that causes great damage to crops and plants. It is classified as powdery and downy:

Mould is usually fuzzy or slimy in appearance. It appears as irregularly shaped spots that can have different colours

Although the number of mould species that can live indoors exceeds 10,000 most household moulds belong to one of the following five types:

Differences Between Mould and Mildew in Appearance

Typically, mould appears black or green while mildew looks grey or white. Yet, there are some more detailed specifics in the appearance of the fungi:

Mould can grow on almost any surface, anywhere in your home or business if conditions permit. Even if there is only a small patch evident on the outside of the walls, homeowners and businesses should be concerned at what you cant see on the other side due to the conditions on the interior section of the walling sometimes creating a mould and mildew environmental haven. Regardless of how big or small you mould problem may seem, it is always recommended you employ an experienced and trained team of specialist mould removal experts. Sewage Cleaning Australia has a tried and proven method of mould removal. By following stringent procedures, our team of mould removal experts can ensure the safety of our non-toxic, non-allergenic products and provide ongoing protection to help prevent re-infection of the affected areas.