Home/Mould Remediation is a Job for the Experts
Previous Next

If heavy or constant rain or leaking pipes has created a damp and dewy environment in your property, chances are a mould intrusion is soon to follow. It is crucial that you engage a professional and experienced team of mould remediation specialists to remediate your property before the situation becomes a health hazard.

Anyone who suffers asthma or other repertory problems should never attempt to clean a mould colony. Although mould affects each person differently, those with respiratory problems, weak immune systems or are generally run down run the risk of becoming seriously ill if ingesting mould spores. 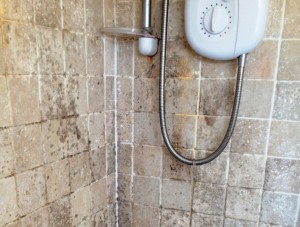 Mould colonies are commonly found in wet areas in you home such as the bathroom and basement.

FACT: Not all Mould is Created Equal 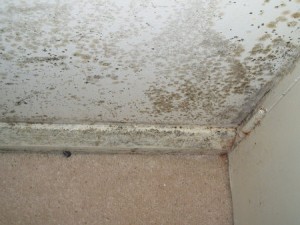 Mould colonies can grow on almost any surface in your property.

Whether allergenic, pathogenic or toxigenic, all mold types carry health risks. However, some strains are especially harmful.

Many people are surprised to hear that mould can cause mental and neurological symptoms.

While black mould is not toxic itself, it produces trichothecene mycotoxins — and these toxics are not only toxic, but also neurotoxic. This means they have the potential to kill neurons and impair mental functioning for either the short or long term.

Black Mould is considered extremely toxic and remediation should be left to the experts.

FACT: No Spore Must Be Left Behind

In order to remove a mould colony and guarantee that it doesn’t come back to rear its toxic head, you must remove 100% of the spores.

This is why the Sewage Cleaning Australia mould-removal specialists have to use such corrosive disinfectants amongst other specialised cleaning chemicals and equipment and completely seal off mould-infested environments to prevent spore spreading.

If you try to remove mould yourself without the appropriate chemicals and knowledge you can run the risk of not successfully removing all of the mould spores and creating a bigger mould infestation unwittingly. With spores spreading by wind and reproduction, you could unknowingly turn a one-colony situation into several-colony devastation.

By entrusting your mould removal to SewageCleaning.com.au you guarantee that all infected areas are 100% treated and spores are not further disseminated throughout the home or building. All of the Sewage Cleaners mould removal technicians are up-to-date on industry standards and have access to the proper remediation equipment.