Home/Mould Remediation and Restoration in Your Home
Previous Next

While mould metabolites such as penicillin has been used widely since the early 1940s to treat a plethora of bacterial infections, mould growth in your home is nothing to cheer about. Mould growth and mould spores present in your home and property can have a serious and detrimental health affect on any residents if not found and removed with the correct processes. Sewage Cleaning Australia provide trained and certified Mould Removal and Remediation technicians who possess the skills and experience to successfully remediate any property affected by mould growth and mould colonies. Our Mould Removal technicians understand mould that is likely to grow in damp places like bathrooms can have serious health consequences for the people exposed to it, including throat irritation, coughing, eye irritation and nasal stuffiness. This is why it is critical to ensure that all traces of mould spores and mould colonies are removed effectively and completely. Removal techniques largely depend on where the mould is growing. 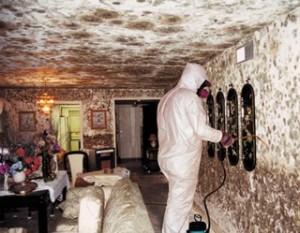 Mould growing on unpainted drywall can’t be eliminated. The drywall must be removed and replaced. That doesn’t necessarily mean knocking down walls; if the mould growth is recognised in a timely fashion, affected portions of the drywall can be carefully sliced out using a utility knife. And then it’s simply a matter of patching the spot. When mould appears on a painted or primed all, the mould is possible just growing on the surface. Removing it may be as simple as using a mould-killing cleaning solution to wipe down the wall.

Removing Mould from Carpet or Rugs

If you noticed mould growing on wall-to-wall carpeting, you’ll have to toss the carpet. There is no way to eliminate mould from fixed carpets, and allowing it to remain or ignoring the problem isn’t really an option either as mould will continue to grow. Rugs however, can be cleaned. Mould Removal technicians use a mould-killing solution to douse the rug and then scrub the mould away. Once it’s completely dry, the rug should be vacuumed with a HEPA vacuum to remove any mould spores that may have been left behind.

Removing Mould from Tiles and Grout

Mould growing on tiles or in the grout requires elbow grease and a mould-killing cleaning solution. Tiles are scrubbed completely, but if there’s a significant mould growth in the grout, the grout may have to be bleached to remove mould colonies. Once the stains and mould are removed, professionals may apply a grout sealer to prevent the growth of mould in the future. In some instances, it’s impossible to remove mould or mould stains from the grout. It can be replaced if necessary.

Mould Growth in Your Home

Depending on how much and how toxic the mould is, Mould Remediation technicians may recommend a thorough cleaning of HVAC systems to remove mould spores and toxins from the air in the home. Sewage Cleaning Australia is Australia’s leading mould removal and sewage contamination damage remediation company that operates across Australia that has built it’s reputation on excellence. Our skilled mould and sewage remediation technicians operate nationwide and carry-out essential drain and sewage spill clean-up services 24 hours a day. If you have a blocked or overflowing drain, toilet leak, backed up drain, mould issues, fire damage or flood water damage, regardless of the time of day or location, we will provide superior service quickly and effectively to ensure our clients get back to their lives as pain free as possible. Our expert sewage remediation and restoration technician teams are equipped with the most advanced drain and sewage cleaning equipment and will respond to your call immediately.